About ten years ago, anyone going to NASCAR would have to endure long hours in traffic. For the fans, this was a price worth paying in order to enjoy the thrill the race brought. Today, the traffics leading to the races are minor. The stands that once held over 110,000 people at Richmond Raceway have been downsized by half. Other tracks have also been slashed to prevent broadcasts showing large areas of vacant spaces. Ratings of the race on television also hit the all-time low in 2018. This was preceded by the retirement of NASCAR’s most popular drivers. 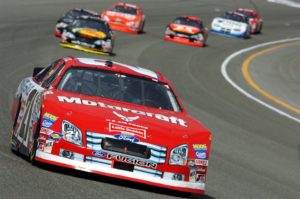 A decade ago, the sale of NASCAR was something unthinkable but today it looks like it is overdue. The specter of sale does not just hang over single or few struggling trucks but the whole NASCAR! What was once the fastest growing sport in the country, is now a shadow of its former self. According to reports, the owners are seeking several potential investors who can buy the company. The officials at NASCAR have refused to give any comments on the matter. Insiders, however, have hinted that the French family that owns NASCAR are considering the sale. As shocking as it may sound, the sale of NASCAR is not just inevitable but overdue. Following the decline of the sport’s popularity, it might be the only way out.

What is the value of this sport?

Nobody knows the actual worth of NASCAR, the value of its profit margins or even the controller of its stock. It is also not clear if the International Speedway Corporation (ISC) will be included in the sale. The ISC is the family’s publicly traded arm. The principal owners were Brian, James, and Kennedy France. Brian is reported to have sold his shares around 2005.

The closest comparison to NASCAR would be F1 which was bought at $8B in 2016. It is believed NASCAR would fetch more than that in a sale. As a sanctioning body for stock-car racing, it has fewer expenses and few overheads. It currently has a TV deal with NBC and Fox all worth $8.2B. in order to host races, track owners pay up to $2300 for every car per race. The other revenue is collected from corporate partners and sponsors as well as fans through payment of entry fees and purchase of merchandise.

The total value would be set by an investment bank. Besides that, a potential buyer would also need to determine the unknown. Is it possible for a stock-car racing sport reclaim the glory and audience it had ten years ago? Will NASCAR ever enjoy the national appeal it once did? What is the growth potential of the sport in other regions? Unfortunately, it is not possible to find the answers to these questions.